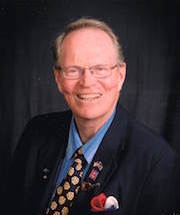 Fred is KXLO/KQPZ Radio's owner, General Manager, and proud President. He also is a KXLO-Live host -- KXLO-Live is a live talk/interview show Fred created for the Central Montana Community several years ago.

Fred purchased Lewistown’s KXLO-AM radio in 1972, and took possession in April 1973 as the President/General Manager. In 1975 he created KLCM-FM, which is now KQPZ - Rock 95. Originally from Boone, Iowa, Fred began his broadcasting career 1958 with the "Listen to the Lark" show and the "Morning County Boy Farm Show". After graduating from Iowa State University in 1966 with a major in Telecommunicative Arts, and minors in both History and Math, he pursued his long broadcast career in Colorado, Nebraska, Wyoming, Iowa and Montana. Positions and memberships Fred holds or held in the past include National Association of Farm Broadcasters, board member of International Associated Press Board, Representative for Montana Seniors at the President Council on Aging appointed by Governor Brian Schweitzer, and President of Montana BroadcastersAssociation. 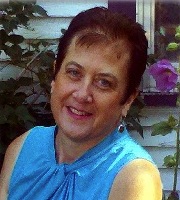 Phyllis, our Station Manager, manages the KXLO/KQPZ Headquarters and our Traffic Department. She is a KXLO-Live host, and is known around the office as our "Paperwork Guru". Phyllis is usually the friendly face you see when coming through our doors and the helpful voice on the other end of the phone when you call. She has been an extremely loyal KXLO/KQPZ employee for many years, and most who know her also know she is the engine that keeps the station running and the glue that keeps us together. 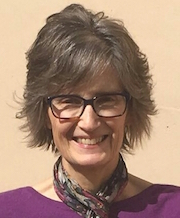 Lynnette joined the KXLO and KQPZ family in December of 2007 as part of our sales/marketing team. She is “not your ordinary salesperson”! Her attention to detail in getting to know you, your products, services and goals, combined with her creative ideas, music and production, all come together for radio ads that will get attention and bring in business! In addition, Lynnette’s diverse background of experience and interests make her a definite “go-to” person when it comes to creative ideas for highlighting your business! Her background includes:--Yellow Page and web sales/advertising in Southeast Alaska for Phone Directories Companies; --  Reporter, camera woman, production of news/personal interest stories for KBAO in Lewistown—a satellite news bureau for KTVH NBC TV in Helena. Personal interests include photography, travel and travel writing, anything medically-oriented, trains, horses, writing & performing Cowboy Poetry. Some highlights of her life, so far, include getting married to hubby, Fred, in a hot air balloon; flying a float plane, catching and filleting a halibut in Alaska; landing on the Kahiltna Glacier on Mt McKinley, Alaska in a plane fitted with skis; digging razor clams and eating fresh-caught salmon cooked over alder wood in Washington State; going in boat underneath Iguazu Falls, Argentina; touring Cuzco & Machu Picchu, Peru and eating haggis, neeps & taties in Edinburgh, Scotland.

Contact her for creative ideas for radio ads for your business! 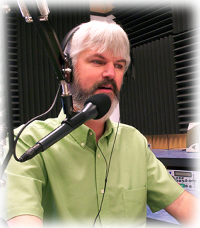 Ken Bergren is our steadfast, Jack-of-all-Trades, on-air personality.  He has been with KXLO/KQPZ for several years and not only is the creator of our Morning Shows, but also is a KXLO-Live Host, the backup Traffic programmer, and programs the music you hear when tuned to our stations. When asking Ken what he likes best about his radio career, he will tell you "ALL of it!" He began his career in Seattle at a Broadcast School in 1987 and thereafter worked in the city at two different stations in the late 80's. Longtime KXLO employee, Ken is a constant and professional presence at the station and in the community and we are happy he has stuck with us for so long.  He is valued and praised for his dedication to not only central Montana's media, but also the radio world in general. 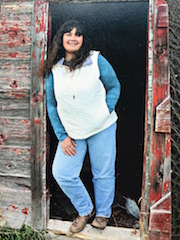 Heidi was born and raised on a farm in Iowa, and moved to Montana in 2012. She has held various jobs, but this is her first time in the world of radio! She joined the KXLO/KQPZ staff in June of 2020. Heidi's hobbies include: being outdoors and horseback riding. 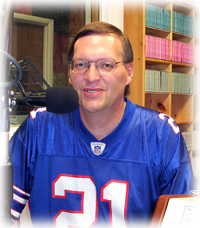 Jay comes to us from Billings. You may recognize his persona as a local guy, but he spent many years in Billings on-air. Jay moved back home and we are happy to name him as our Sports Director. Jay brings a wealth of experience and knowledge to KXLO/KQPZ, as he graduated in 1988 from the May School of Broadcasting, worked for 23 years on the radio waves in Billings, and also worked for KULR-TV as a Camera Operator for the Morning Show. Jay is also a fan of old movies from the 20s, 30s,and 40s and being a big fan of music owns a large collection himself. 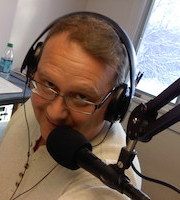 Nik moved to Lewistown in summer 2001, and spent the first year working at restaurants, motels and even selling for eBay. After a while, Nik got a job at Ballyhoo Printing and met more people in town starting to find his own, but had always wanted to work in radio. Being born in the Motor City, "Detroilet" during the Motown era and all of the great radio stations that were going on at the time, and then moving to California when he was still a kid and living "insane Diego", naturally Nik was able to hear some great radio stations and some awesome DJs like Jeff & Jer, Shotgun Tom Kelly, and all of the awesome fun that radio was back then. Finally, in late 2003 he got an opportunity. Nik's life, Lewistown radio, and all of the fortunate (or unfortunate) listeners will never be the same! Nik has five wonderful children; one is an adult, two are almost adults, he's got a couple of little ones in the house, and an amazing wife - and he even gets to play drums with some amazing local musicians in a few local bands including: The Bent Willows, The Lewistown Street Jam, and Charlie Dennison's Band. He looks forward to serving the citizens of Central Montana with the best radio "showgram" he can put in the air everyday he's allowed. Nik thanks everyone for listening! 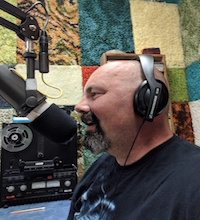 Bandit was raised in Lewistown. He is an Army veteran, and has spent twenty years working for Harley Davidson. And also has a few years of working experience on the radio, here in Lewistown at KXLO/KQPZ years ago. Bandit is the host of "Eccentric Afternoons" and is better known as the Rock Bandit. We can't wait to see what kind of fun he will bring to the air waves. 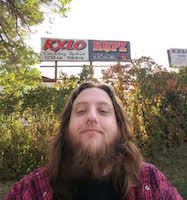 Cody is our newest addition to the KXLO/KLCM Family. A self-proclaimed "city boy," hailing from Indianapolis, IN where he was born and raised, Cody has a background in video game related, internet broadcasting. A dedicated fan to all things media and art, Cody has a bachelor's degree in Media Arts & Science from Indiana University. Cody has only been in the Winifred and Lewistown area since June 2020, but is fitting right in with his "old soul." The Golden Age of radio being a little before his time, Cody is eager to learn and continue the tradition of quality, local radio. 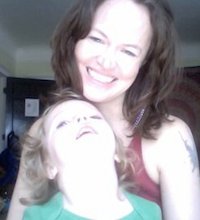 Melody manages our online presence, and does a little-of-this and a little-of-that around the station.  Over the years she's worked various jobs at the station including on-air, advertising, and production.